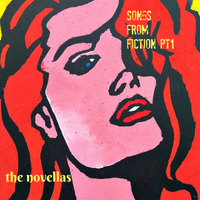 From the recording Songs from Fiction Pt 1 EP

Lola, you’re the perfect foil, for my imagination
Upon you, I can project my ills, with no sense of retribution
And if that feels a tad unfair, I’ll throw in a missing pair of eyelashes
That was meant for you and not Cher
And if that still feels a shade unfair, I’ll send you off to New York Fair
To slum it with the roaches and the musicians

Lola, you know I love you more, for your self-deprecation
You’ve cut your hair, eyes have been blackened, roll on your fishnet tights
Now all the singers in the land, eat humble pie from you hand
And invite you to roll curlers into their hair
As you were tumbling in the air, backstage, they took you under their care
In Melbourne, your refuge at the Tivoli